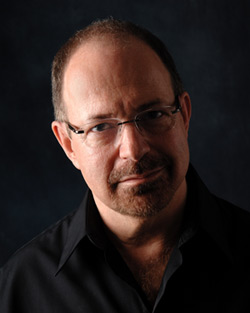 Dean Rishel, a noted conductor, composer, interpretive coach and teacher in the Philadelphia area, holds degrees from the Westminster Choir College and College of New Jersey. As a member of the Westminster Choir, he sang under such well-known conductors as Sir Malcolm Sergeant, William Steinberg, Leopold Stokowski and Leonard Bernstein. He has studied conducting with George Lynn, Joseph Flummerfelt and Frauke Hassemann.

Mr. Rishel has been a prolific composer since the premiere of his first work, Psalm Cycle, in 1985. Rishel's major work, Requiem for the Children, was written in memory of the children who perished in the 1995 Oklahoma City bombing and was premiered by the Greater South Jersey Chorus and the Gloucester City Children's Choir in May 1996 at the Blockbuster/Sony Music Entertainment Center in Camden, New Jersey. The Requiem was presented in two major performances by the Greeley (Colorado) Chorale, as well as a major performance in Oklahoma City in 1998. The Requiem has also been performed in Pensacola (Florida) and Ocean City (New Jersey). Many of his compositions have been premiered locally, including Three Holy Sonnets, Magnificat, Some Say, Moving Still, Take, O Take These Lips Away. Other commissions include Music, which was commissioned and premiered by the Merchantville Elementary School Choir, How Can I Keep from Singing and Der Abend, commissioned and premiered by the Rancocas Valley High School Concert Choir, and Twilight at Sea, commissioned by ChildrenSong of NJ. Recent commissions include Personent Hodie and The Pillar of Peace for ChildrenSong, and Candlefire for Lauda! Chamber Singers. Many of his works are published by Shawnee Press, Mark Foster Music and Carl Fischer Music.

Rishel has served for over nine seasons as Artistic Director of the Greater South Jersey Chorus and brought that organization to regional prominence. He has also been a frequent conductor with the Princeton Opera, having conducted productions of The Magic Flute, Hansel and Gretel, Don Giovanni and The Mikado. He has also served as adjunct professor and director of the Choral Union chorus of Rowan University and as adjunct professor at LaSalle University, where he taught and directed the LaSalle Singers.

Mr. Rishel has sung professionally for some years, most notably with the Opera Company of Philadelphia Chorus. Rishel is also an interpretive coach and choral festival conductor. He has served on the Board of Directors of both the South Jersey Cultural Society and the Princeton Opera and has served on the Educational Outreach Committee of the Philadelphia Orchestra.

A teacher for the Florence Township Board of Education for 34 years, Mr. Rishel was twice selected to receive the Governor's Teacher Recognition Award and was a past participant in the New Jersey Department of Education's Star Schools and Best Practices program. He also taught at Greenwoods Charter School in Philadelphia. Other awards include the Distinguished Graduate award from Plymouth-Whitemarsh High School and the Applause award from the Markeim Center for the Arts in South Jersey. Rishel is a native of Whitemarsh, Pennsylvania and lives in Philadelphia, PA.